Replacing classical editing, Patrick dynamically framed and retimed the extraordinary 90minutes-one-shot over its whole length. He was working closely with Aleksandr Sokurov and his lead editor Sergey Ivanov over several weeks, exploring the then novelty of HD material.

Steven Spielberg: "Russian Ark" is one of my favorite films. It's a 95-minute movie all done in one shot. It was done in a museum in St. Petersberg. I don't know if you've all seen "Russian Ark," but you should all treat yourselves to it. It's one shot. He only did three takes; the first two stopped after 20 minutes because there were mistakes but the last take went right through to the end. The cameraman almost died using the steadicam; it was an extraordinary experience. I would not want to make a movie in one shot. Sometimes, like when I did that sequence [in "Tintin"], I relied on all of you to be the film editors and decide what to look at. My job was to frame the scene so we could direct you to where we thought you should be paying attention, but you were free to look anywhere, to make your own mental edits, which is so much fun and empowers the audience to be part of the ride." 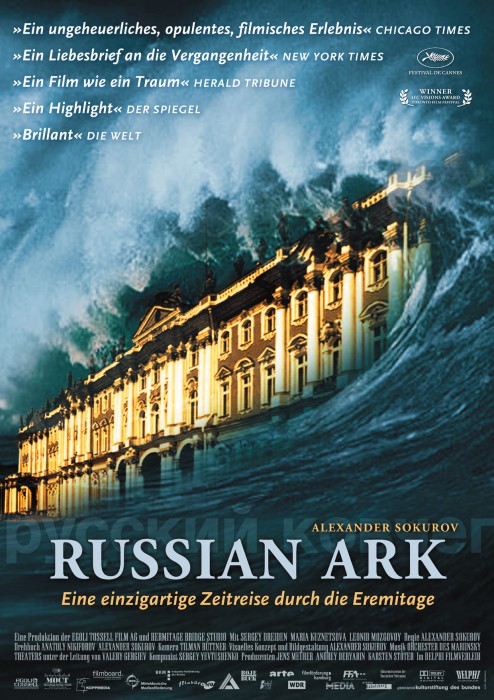